Vibrantly different yet uniquely familiar.
Gig Radar – “Quorum have honed an anthemic indie rock sound with elements of alternative, pop and punk influences”
MusoMuso – “It was clear the audience wanted more, much more” “[Quorum] are an act to keep an eye on”

Easy listening Indy rockers quorum have recently put out a lock down record better than most.
Like a lot of musicians, the band used the 2020 pandemic to create something reflecting what’s going on in their worlds and everything from relationships breaking down, fighting with your peers and love island is covered in an almost too familiar way.

The record starts with the instrumental prologue and leading into the heartbreakingly sweet ‘could we be different’ a track about knowing when to walk away from something no matter how hard that is. Over lockdown this was probably something a lot of people were asking themselves as we were all locked up with cabin fever, often together with a partner or friends. Something also just as relatable is the mind numbing TV that we all had our eyes glued to daily. The title track of the record and next song ‘the death of intellectual success’ is an offering of that reality. And for those of us who weren’t binging Tiger King we may have found our selfs watching re runs of love island and contemplating what it even is to be a human anymore. This is the subject matter for this track but quorum’s Indy sound managed to do it in a major key at least.

That major key is a common them for this band and as we hit the half way point ‘still can’t see’ (the first single from this release) jumps in with with a familiar sway that is a staple sound for this band.

Another ambient instrumental track ‘somnolent’ gives you a chance to breath and built into the last third of this record before we’re treated to another emotional heartstrings tugger ‘you said’
Another love song about knowing when to walk away and another song that’s more relatable that just 2020’s lockdowns, this track rings out with catchy guitar lead, vocal hooks and another great single.

‘Sea breeze’ closes out the record and is a great way to end. Another subject matter that isn’t necessarily synonymous with the pandemic, sometimes our friends suck. Sometimes they are the reason for their own suffering and sometimes that’s hard to portray to them. We’ve all been there, we’ve all seen it and evidently quorum are no exception. Another catchy, hooky and happy piece of music (on the surface at least) this band have obviously put the last 18 months to good use. Although after a while lock down releases can become a little stale it’s nice to see that Quorum have managed to not only do it well but stay true to their sound as a band.
If Indy-pop is what your looking for, then Quorum are flying the flag high for Devon 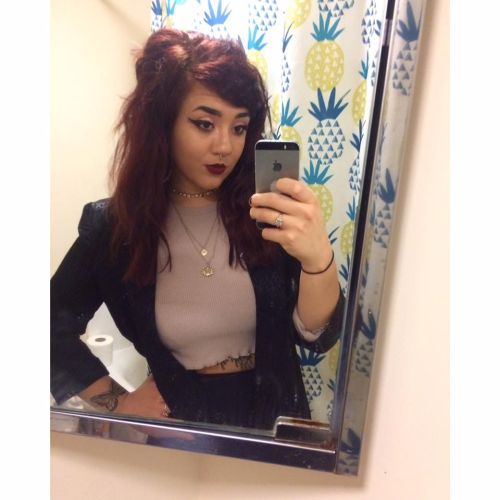 I last watched Quorum perform live a couple of years ago and saw that they had potential. Seeing them at the OTH New Music Weekender 2021 after so long was exciting, eager to see what they’ve been up to over the past few years. I was impressed with their last show, but this time it was clear that this band have improved beyond my expectations. So, I decided to write a live review. The four-piece indie-pop band is ideal for audiences of all ages, no matter if they’re into light or heavy music. Their atmospheric backing tracks set the scene, making you feel like you’re happily floating on the clouds before they surprise you with heavier riffs and powerful vocals which are distinctive enough for you to be able to recognise who they are without looking at them.

Their music is upbeat and in a sense, heartwarming. Their feel-good lyrics and energetic stage presence draws you in, not to mention the lead singer is not shy at both performing and engaging with the crowd. Quorum is the kind of band you want to listen to when you’re on a road trip with your friends with the top down, they give me summer vibes but have some real hard-hitting energy respectively.

It is clear the band members have a strong relationship with how they seamlessly connect on stage. They’re a great band to watch live. If you’re a fan of artists like The 1975 and CHVRCHES, with a shoegaze twist, I highly recommend checking them out.

Prologues aren’t usually my thing, but let me tell you one thing – Quorum’s latest release ‘Death of Intellectual Success’ sets the tone for the rest of the seven tracks perfectly. Ever wondered what it’s like to float? Not the Tim Curry IT kind of floating, the kind that allows your muscles to relax and your thoughts to be light and easy. That’s what this album is, it’s intergalactic: an explosion of colours atop the fabric of the universe.

Sorry, let’s get back to it. Hailing from Devon, Quorum’s easy going sound is calculated in its execution. A real favourite is ‘Still Can’t See’ that features a driven bass line at its core, giving a soft bouncing feeling. There’s a lot of variance however – Death of Intellectual Success uses techniques of other genres, such as distorted riffs of rock, high energy representing pop and vocalisation reminiscent of contemporary emo. I know, I know – music has a tendency to blur boundaries and experiment, but the thing about Quorum is that they’ve managed to tie it all together to make an album that’s the musical equivalent of art. It feels modern but archaic at the same time, it’s as if it represents the current era but has a place in history. Or am I interpreting it wrong? Whatever the case is and which ever way Quorum’s fans take their perception, Death of Intellectual Success is a brilliant staple to their growing discography. It’s an exciting addition to their previous fans and an interesting starting place to new listeners like myself.

Death of Intellectual Success is readily available across all streaming platforms and are currently undergoing a tour that can be checked out on their website.

I’ve been following Quorum for a little while now & have hosted them at our events before, but this new iteration of the band are taking things to bigger and better heights.

Their latest offering “Doubts” sees a more melodic rock approach to their sound with some tasty lead lines and pounding rhythm, topped off with their signature lead vocal sound gently resting on top and pingy basslines shining through for added depth. Quorums music is developing rapidly with every release and “Doubts” is by far my favourite release of theirs so far. I’m keen to hear more!